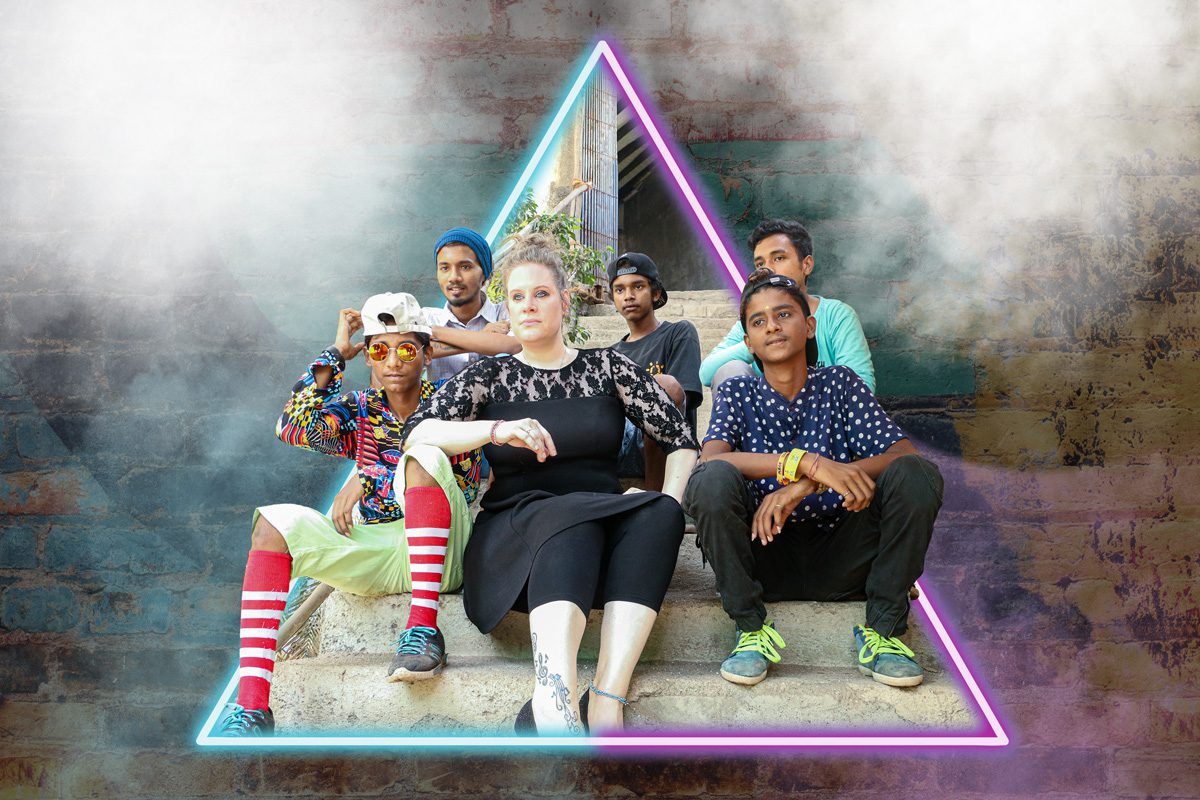 SWISS ‘OPERA POP’ IS THE FIRST OF ITS KIND. WHAT HAPPENS IF IT MEETS INDIAN MUSIC? VICTORY – A POWERFUL FUSION. DUST OF SOUL HAVE CREATED ‘VICTORY’ THEREOF. THE MUSIC VIDEO THAT THE MUSICIANS FILMED IN THE MUMBAI SLUMS. ON 26 OCTOBER 2019, THE VIDEO PREMIERED ON A LARGE SCREEN AT CHÂTEAU GÜTSCH IN SWITZERLAND.

The countdown all counted down at the premiere ‘down from 10. At exactly 9:00 p.m. on Saturday evening on October 26, 2019 the time had come: the worldwide premiere of the new Dust of Soul video’ Victory ‘took place on the big screen in the Château Gütsch. You could watch worldwide via Facebook. At the same time, the music video went live on YouTube. A great moment for the Swiss musicians Dusty and MiKey. And also for many children and young people in Mumbai.

A VOICE FOR EVERYONE

Dust of Soul deliberately chooses its projects. The focus is always on moving things and touching people. The musicians like to involve artists in their projects. Another collaboration with India was almost inevitable, because their new album “Dust of Soul In Colors” titled two songs with an Indian touch. The dance fusion with the Indian dance school ‘White Rose Institute of Music & Arts’ in Muscat, Oman was immortalized in the beautiful music video ‘Flow’.

The ‘Flow’ finally moved Dust of Soul to Mumbai in May 2019.

Mumbai’s Dharavi slums are one of the largest in the world. The film “Slumdog Millionaire”, released in 2008, showed stories from the Dharavi for the first time in a world format. A world of its own is revealed: creative people practice various art forms – traditional Indian and modern – especially children and young people. The Dharavi is also called “The HIP HOP Capital of Mumbai”.

In the middle of the slums there is an active project for children and young people: The “The Dharavi Dream Project” is committed to young people and promotes them through music, art and dance forms. This initiative comes from Qyuki, a local digital media content producer in Mumbai, and the Universal Music Group, the music industry giant. Qyuki co-founder Samir Bangara, CEO of Universal Music Group Devraj Sanyal, music director A.R. Rahman, film director & producer Shekhar Kapur and entrepreneur Dolly Rateshwar.

Dust of Soul first came into contact with the Dharavi Dream project via Instagram. Dolly Rateshwar was immediately enthusiastic about the idea of ​​the collaboration between Swiss musicians and Indian artists.

For the first time in history, ‘Opera Pop’ met Indian art forms. Dust of Soul initiated this fusion with their song ‘Victory’. The piece of music was released as part of the new album “Dust of Soul In Colors” on March 24, 2019 at the record baptism in Switzerland (see the article https://dustofsoul.com/2019/03/dust-of-soul-in-colors-album-release-show/

On their first trip to Mumbai in May 2019, the musician duo planned the shooting of their latest music video ‘Victory’. The lyrics are about the inner triumphal march and are identical to the motto of “The Dharavi Dream Project”: “We aim to give under-resourced hip-hop talent a voice to celebrate, to perform and empower young under-resourced talent not only in Dharavi of Mumbai but Dharavi’s of the world ”(from the English:“ We want to give hip-hop talents with little resources a voice, with which they young talent with little resources not only in Dharavi in ​​Mumbai, but also in Dharavi all over Celebrate, perform and promote the world ”).

Dust of Soul took the pictures over three days – scenes with beat boxing, break dancing, rapping and graffiti art. Around 30 children and young people were involved in the production. Dust of Soul singer and pianist directed the film himself. The scenes were spontaneously designed freely. The musicians followed the impulses of the Dharavi artists and gave the production space for free development.

The musicians filmed further scenes in the rooftop lounge and terrace of the ‘ITC Grand Central Hotel’ in Mumbai.

The new music video ‘Victory’ was presented to the public on a big screen on October 26, 2019 at the Château Gütsch Castle in Lucerne, Switzerland.

Dust of Soul celebrated the premiere with the audience as a highlight of the unplugged concert “Acoustic Live Show‘ In Colors ’” with a cake.

Percussionist Jordan from Ghana and guitarist Miguelito Capa, alias ‘Mike Capa’ from the Philippines, attended the “Victory Music Night” on October 26th (read more here: www.dustofsoul.com/de/konzerte/victory-music-night -with video premiere) with Dust of Soul on stage. Around 80 guests were present and were enchanted by the “Dust of Soul Show”.

Singer Dusty’s dress was kindly provided by Moda Prado from Emmenbrücke. Managing Director Sonia Hellmüller was present at the concert. Thank you for this great collaboration.

The suit by pianist MiKey was sponsored by Cleofe Finati from the Italian fashion house Archetipo – a creation 100% handmade in Italy.