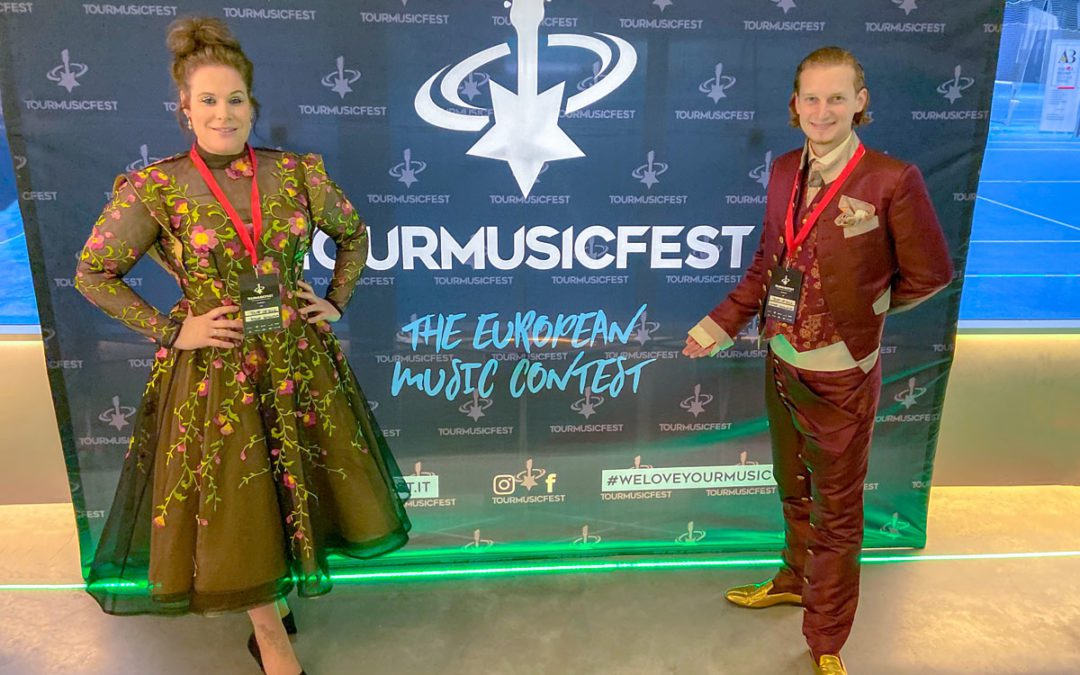 The 12th edition of the Tour Music Fest took place this year. For the first time, seven countries participated and made the format a European music competition. 28,000 artists from all over Europe participated. Dust of Soul came in the top 50 of the best singer-songwriters in Switzerland and made it into the top 10 of the final round.

On 17 November 2019, the Italian competition ‘Tour Music Fest’ landed in Switzerland for the first time in its 12th year. Amazing live performances from unsigned Swiss artists were witnessed at YOYO Centro Sportivo in Biasca.
Dust of Soul, emerging singer-songwriter from Switzerland has reached the final round of Tour Music Fest – The European Music Contest, the most important European contest dedicated to new, young and emerging music. The best from four categories were invited to the Swiss National Finals: Singer, singer-songwriter, junior, and rapper. The prices for this twelfth edition were remarkable: a sponsorship contract worth €10,000.00; 3 scholarships for music classes at Berklee – College of Music in Boston, UK, at the prestigious Abbey Road Studios in London, UK, where legendary artists such as The Beatles are recorded and distributed by Sony Music, and even €15,000 for organising an international tour. Tour Music Fest partners further with the Hard Rock Café in Rome, Montarbo, la Feltrinelli, der EKO Music Group, the DJ & Producers School Remixme, Ableton, Eko, Roli, Vox, Korg, velvetmag, villagiomusicale, EMN Euro Music Network, All Music Italia and mercatinomusicale.

The jury rated Dust of Soul with an excellent evaluation of an average of 37 out of 40 points. The decisive factors were the song, the vocal performance and the stage presence:

During the event, Gianluca Musso, General Director of Tour Music Fest, held educational masterclasses. The masterclass aimed towards artistic growth at its fullest, from vocal technique to stage presence, creative writing to interpretation.

Dust of Soul has been selected for the “singer-songwriter” artistic category by the official Tour Music Fest judging panel along with 49 other winners who could perform live in front of them. The judging panel consisted of:

The Swiss ‘Opera Pop’ duo performed the song ‘Rainbow’ from the new album “Dust of Soul In Colors” live on stage. The album was released in March 2019 and with it the group brings new fusions that refresh, surprise and inspire – so the feedback of the 2019 “In Colors” tour.

Rainbow is a blues song that reminds of a James Bond theme song. It is deep, emotional, mysterious, and develops an incoming groove throughout its choruses and verses. With this song, Dust of Soul reached the Top 10 of the Swiss National Finals.